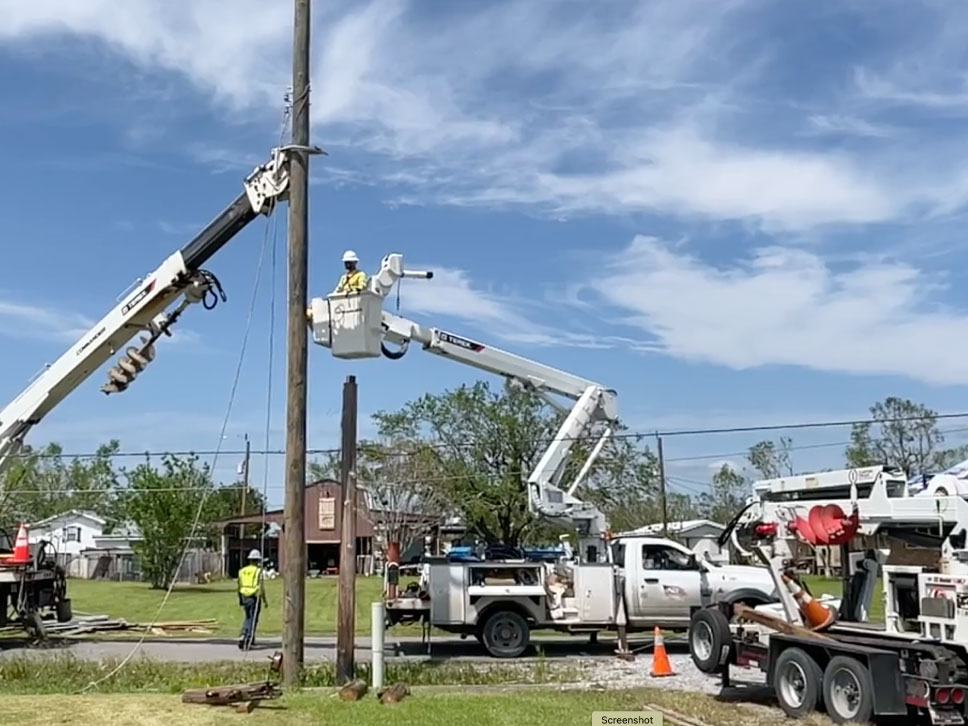 Category 1 Henri made landfall in Westerly, Rhode Island, as a tropical storm. The storm brought intense rainfall across the Northeastern United States and peak winds of 70 miles per hour, causing approximately $550 million in damages. On August 20, Connecticut Governor Ned Lamont declared a state of emergency ahead of the storm. By August 23, trees and lines were down across the state, and The New York Post reported that approximately 9,000 Eversource Energy customers were without power.

With 48 hours’ notice from utility managers, SOS assembled more than 300 FTEs and dispatched crews and equipment to Windsor, Conn., just north of the state’s capital, Hartford, and began work on August 19, 2021. Crews worked in and around Windsor for six days to reset poles, reconnect circuits and restore power for customers.